WORLD ENVIRONMENT DAY, June 5th, 2012
2012, Lauret
This series of words and photos is from Sylvie Clark-Gimmig, who took part in Web Art Garden 2012 in Lauret in the south of France: 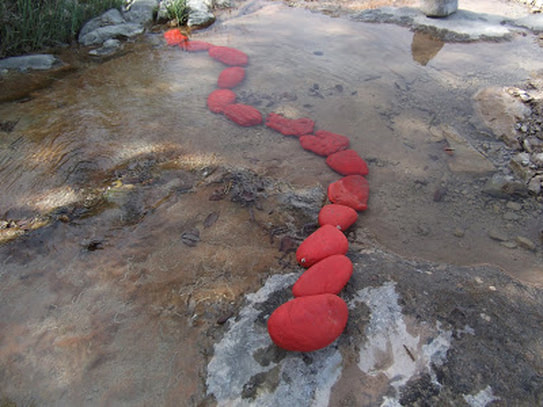 aquatic path -- following the line -- the line of red drops -- sound of water -- remember
2012, Devon
Karolina Nieduza, her daughter and her daughter's cousins created an offering in Devon.

"The plan was dancing and moving on the boat on the river but the weather that day was not nice - rain and cold so we decided to moved inside, to the studio. The children were very excited and helpful. The title of the presentation was "Multi coloured flowers": 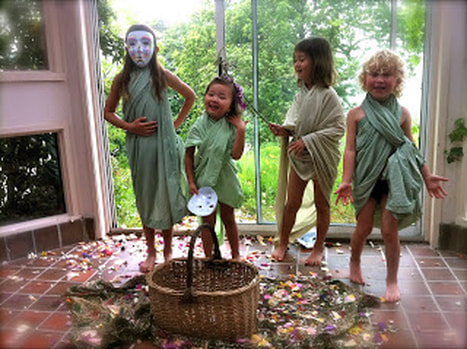 
‘Opening to Nature – Opening to Human  -  Seeing and Being Seen’
Kristina Bourdillon, Keith Miller and Simon Slidders and friends. (Workshop participants only)