Here are some photos taken at WebArtGarden events on World Environment Day, June 5, 2017:

Under and above the surface, touching the source of Nature
​
A sequence of images studying relationship to Nature through encounters with river

"This event linked to the network of Padepokan Lemah Putih; Web Art Garden; and Dharma Nature Time colleagues around the world, who offered ceremonial arts for the environment in their respective countries on 5 June 2017 at 3:00 p.m. local time.

We believe that convening a Celebration of World Environment Day Ceremonial Arts at the Plaosan Lor Temple in Bugisan Village every year on 5 June – linked with events held in other places throughout Indonesia and the world – will play an important role in the conservation of biodiversity, harmony among religions and faiths, and raising global awareness for the development of an environmentally friendly culture for the future." 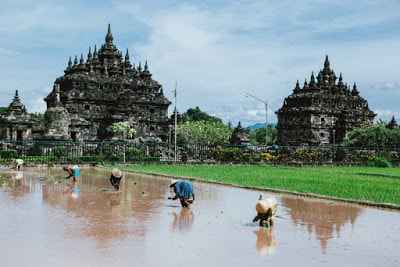