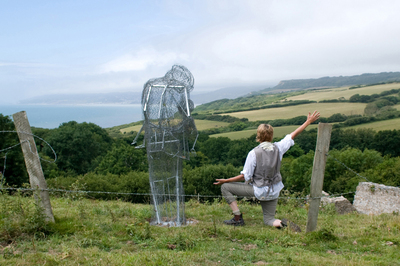 Past performances have included the following in and around West Dorset:

Solo Encounters was a sharing of work by myself and other artists in 2014 exploring the intersects of Buddhist and performance practices.

Images from earlier performances - and more detail about my performance work - can be found here.